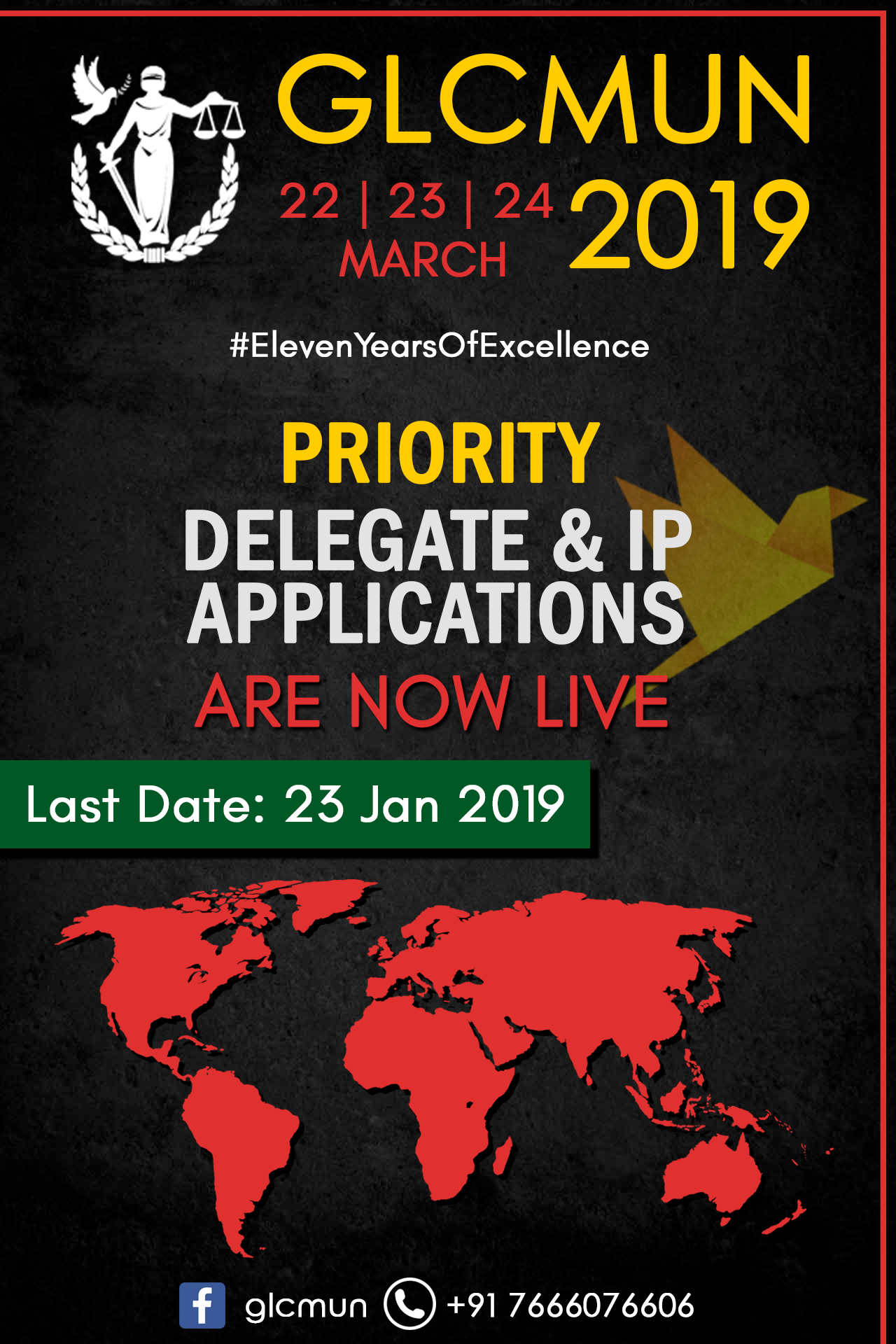 Register now in the Priority Round and avail a discount and preferential allotments ere ;

The GLCMUN Society has been successfully simulating one of the biggest and largest MUN conferences for the past 10 years;

This 11th Edition, for GLCMUN 2019, we have chosen the theme as “A Global Mission for Peace and Human Rights”, furthering the mission of the Secretary General of the United Nations, Mr. Antonio Guterres who acknowledged and commended our efforts by sending us a message for the 11th Edition of GLCMUN ;

We also Collaborate with the Teach for India Foundation to inculcate in students from the TFI classrooms diplomacy and the concept of United Nations. We promote and support the UN Women’s HeForShe campaign;

2. Advancement in the fourth Industrial revolution with emphasis on cyber security.

1. Human Rights of Civilians and Non Combatants in Conflict Zones with special reference to Women and Children.

2. Preparing for the Aftermath of Syrian Conflict.

The Priority Registration Fee is INR 1800. (To be Paid After Priority Round Closes);

The (Optional) Accommodation Fee is INR 4500 for 3 Nights at Astoria Hotel, Mumbai.  (To be Paid After Priority Round Closes);

Renowned for its unmatched hospitality, unparalleled cuisine, and a consummate level of debate in the heart of the City of Dreams, we hope to have the pleasure to host you this March in Mumbai;

Write to us:  [email protected]