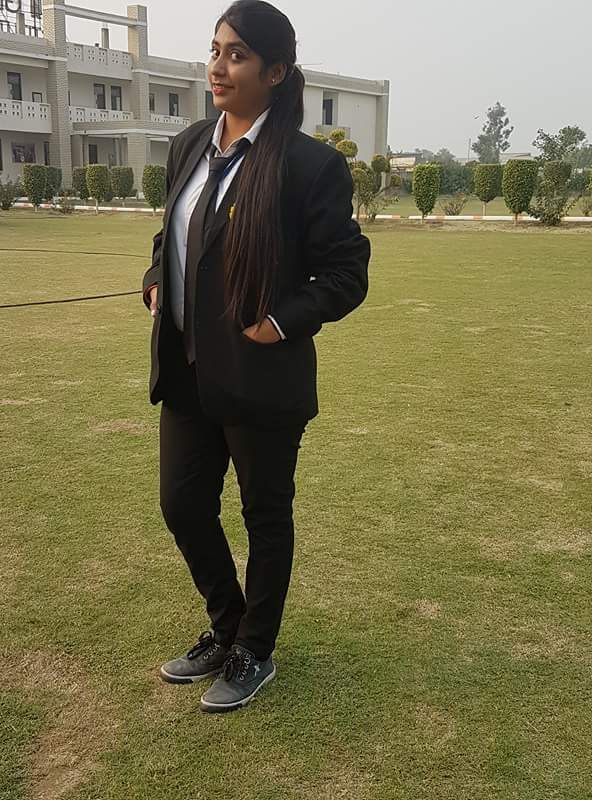 Name of Organisation:
Chambers of J.B Sharma
Chamber no. :295 3rd floor lawyer’s
Chamber complex, District court, Panipat.
J.B sir has six associates and two researchers who work for him in an office big enough to
accommodate 12 people. While I was interning there were 5 other interns at the office.
Application Process with contact details:
I came in contact with J.B sharma sir through one of my friend. I had contacted sir only
based on the aforementioned friend’s experience.
The influx of internship applications increase by day and I personally saw sir refuse a few
applicants. I suggest you to apply at least 3 months in advance.
You can apply by sending a mail to me.
Duration of internship and timings:
I interned for a month from the 06-7-2016 to 26-72016.
The work hours are just like any other office where litigation is taken seriously. The day
begins in court at 10 am and if there are no post lunch matters then get ready of a hard day at the office till at least 8 pm.
J.B sir does not force anyone to stay beyond that. Every intern is allowed to leave at any
time they wish. But that does not mean the internship is lenient. J.B sir wouldn’t disallow youto leave but he has a keen eye and if you default regularly.
If you do that, you can forget about leaving a good impression. There’s no time boundation
per se, but real learning would only happen if you stay and work harder than you can.
There were interns who used to leave by 8 pm, and there were ones who stayed till 11 pm at times. It’s up to the intern how much effort he/she is willing to put in.
First Impression
The first day at work was an eventful one. I was asked to turn up at small Court. I met J.B sir outside the courtroom and was asked to accompany him to the dais as our matter was up for hearing.It’s a privilege to observe J.B sir argue. While the other lawyer was getting thrown off his game whenever the judge intervened, sir maintained his calm and always composed himself before beginning his argument.
He’d also make sure he wouldn’t speak anything if the judge wasn’t paying attention to the
counsels.
Outside the court I was asked to carry a file and a diary of dates. He carried another file and another diary. He could have easily given me the other file and the other diary as well. He treats you like a fellow human being which is (sadly) rather difficult to observe these days. After the other matter we drove to the office in his car.
While I had a vague idea to the answer of every question, he remembered every section
down to the last word.
I learned more in that car ride than I do in a month of classes at college.

Main tasks:
Tasks can vary from going through case files and marking statements for the purpose of
cross examinations to taking notes in a client meeting and drafting a Written Statement
based on the information received from the client.
Since the intern would get to draft he is allowed to clarify any doubts he might have. The
intern would email the draft to one of the associates who would make the necessary
changes and finally it would reach sir who’d scrutinize it.
The task allotted would depend upon the intern. If the intern is capable of a task of difficulty
X, sir would allot the intern with task of difficulty X+1. He’d always be there for clarifications but would never give you the entire answer. How else would you learn?
Several times I was asked to research on a certain topic and when done I would be quizzed
on it. The questions are to test the whether the knowledge is from understanding or from
mere reading.
Work environment and people:
The office felt like home on the first day itself.
J.B sir would make you laugh all the time and while the associates (especially Anoop sir)
would not look at you while they are working, but the moment they get free you’d get to
laugh more because the ambience is just damn friendly.
There’s no reason anybody would feel out-of-place at the office. Always be ready for random legal gyaan coming your way from someone or the other in the office!
If you make mistakes, there’s no reason to be scared of a quintessential legal scolding. J.B
sir believes in giving second chances. He’ll explain you where you were wrong and how to
correct it.
If you mess up often, he’d stay mum but you’d be losing his trust one mistake at a time.
Throughout the day sir will interact with you, ask you about yourself and share his own
stories, both legal and personal in nature.
Best things:
The work ranges from all facts of law. You’ll find yourself in heaps of work.
You’d also get to draft which is a massive learning experience in itself.
Bad things:
The timings can be of issue to some interns.
Stipend:
I did not get stipend
Accommodation:
I am from panipat so that was not an issue
Biggest Lessons:
Drafting is to litigation what an engine is to a vehicle. Pardon me for the terrible analogy but cheers if you get the point.