A Bar Council of India (BCI) panel has recommended de-recognition of 25 law colleges after it found that they were enrolling students without proper teaching staff in violation of the University of Grants Commission (UGC) guidelines, according to aware of the developments. The panel found that the colleges were not paying their faculty members as per the UGC norms, which has also led to their under staffing, the added.

The BCI, which is the regulator for legal education in the country, has also directed all law colleges to transfer salaries to their teachers electronically to stop the practice of underpaying them.

A resolution, which BCI chairman Manan Kumar Mishra and co-chairmen Ved Prakash Sharma and S Prabakaran have signed, requires all colleges to submit their six-monthly certified bank statements to show that salaries were paid to all teachers in compliance with the UGC rules.

The people cited above said that the recommendation suggesting disciplinary action against the 25 law colleges has been placed before the BCI’s Legal Education Committee (LEC), which as per the procedure shall now issue show-cause notices to the institutes across the country.

Sharma said that the BCI is cracking the whip as they have been receiving complaints alleging that the institutions were operating without proper staff because the employers do not wish to pay salaries as per the UGC rules. “A college cannot be allowed to run in violation of the UGC guidelines.”

“The BCI feels that it needs to have a robust and healthy legal education system [and] it needs to bring down the number of the law colleges. The suggestion to de-recognise the 25 colleges is a step in this direction.”

Private colleges account for 75% of 1,500 law colleges across the country. As per the BCI data, there are 1.7 million registered lawyers in the country and 80,000 to one lakh new advocates get enrolled annually.

In August, the BCI imposed a three-year moratorium on opening new institutes saying it will stress on improving standards of the existing law colleges. It added that the colleges without proper infrastructure or faculty will be closed down over the next three years. The moratorium would not be applicable to establishing a new National Law University if a state proposes it.

The LEC is required to seek compliance from the colleges with the UGC norms. Colleges are given time to overcome deficiencies if the LEC finds them. They have to report to the LEC’s Compliance Committee before affiliations are approved. For renewal of affiliation, law colleges have to directly approach the BCI. 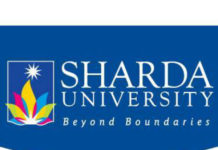 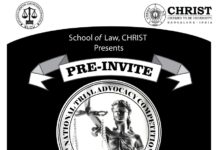 Call for Paper: Journal of Global Research & Analysis by Geeta...